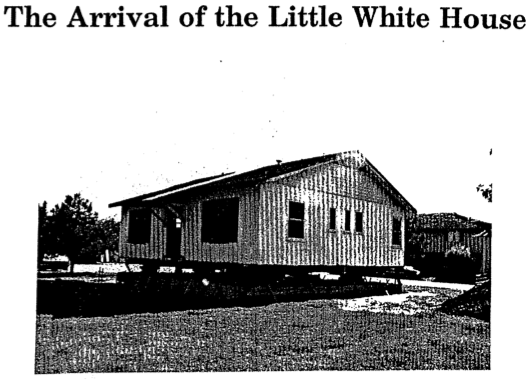 We are deeply grateful to Diana Thomas for her incredible book St. Michael's University Church: 65 Years of Stories from the Little Church in Isla Vista (click below for more)!

The following content can be found in full at the St. Mike's localwiki page:

From a Santa Barbara News-Press article on September 24, 1994 ("St. Michael's enjoys 40 years of service in I.V." by Bob Barber), the church "was founded as a mission of Trinity Episcopal Church, Santa Barbara, in the fall of 1954", as the first church near the new UCSB campus, which opened that year (when Isla Vista had a population of about 500 people, mostly low-income people in small cottages). Trinity leaders had bought the property in 1949 for $5,000 as the new campus was being planned, and the church started with a brick chapel and chaplain's house that opened in March 1955.

The News-Press article says "The church was designed, according to Pastor Mark, to resemble the tent the Israelites pitched to house the presence of the Lord during their 40 years of wandering in the wilderness. 'The community of St. Michael's is composed of Bedouins, nomads who migrate here for a time and pitch their tents...Like Bedouins, we must be a people of great hospitality to the stranger.'"

The book Santa Barbara Architecture features the 1963 church building as an example of Woodsy Style, on page 248 of the 1980 edition (with the Geodesic Dome House on the next page). It lists the architect as Carleton Winslow, Jr., whose father, Carleton Winslow Sr., was a prominent architect in Southern California. The book's description of the building: "The upward thrust of the triangular interior is accentuated by white structural I-beams, and softened by a wood-slatted ceiling. The contrast of the high, jutting roof peak to the falling roofline makes this seemingly simple building quite complex. The stained glass altar wall is the visitor's introduction to the church."

Read more at the localwiki page for St. Mike's or click on The History of St. Michael's Church (2019) by Diana Thomas below. Thanks so much, Diana, for your incredible work!

Thank you for contacting us!