Get to know the staff of St. Mike's along with our Vicar & Chaplain.

The Rev. Scott Claassen is the husband of Maribeth—a Certified Nurse Midwife and Women’s Health Nurse Practitioner—and father of Henry (7), Jimmy (5), and Amos (2). Scott is a fifth generation Californian who was raised in Monterey County but spent his high school years at Cate in Carpinteria. After studying Spanish Literature and Philosophy at Vanderbilt University in Nashville, Scott worked as a musician alongside artists ranging from Willie Nelson to the Nelly. A renewed call to ministry brought Scott to Yale Divinity School, where he investigated the relationship between religion and ecology. Those studies led to a Carbon Sabbath in which Scott spent one year without flying or driving. During that time, he cycled over 11,500 miles around the country while engaging Christian communities in dialogue about climate change. Prior to his arrival in Isla Vista, Scott was the associate priest at an emergent Episcopal church in Santa Monica called Thad’s. He was ordained to the Episcopal diaconate during Thad’s monthly Laundry Love ministry and to the priesthood in 2014. Scott came to St. Mike's in the fall of 2015. When not working or with his family, Scott is usually surfing, exploring wilderness, playing music, or dreaming of new ways to make a love-spreading difference in the world.

For more on Scott’s music, go to iTunes, Spotify, or wherever you like to hear music. 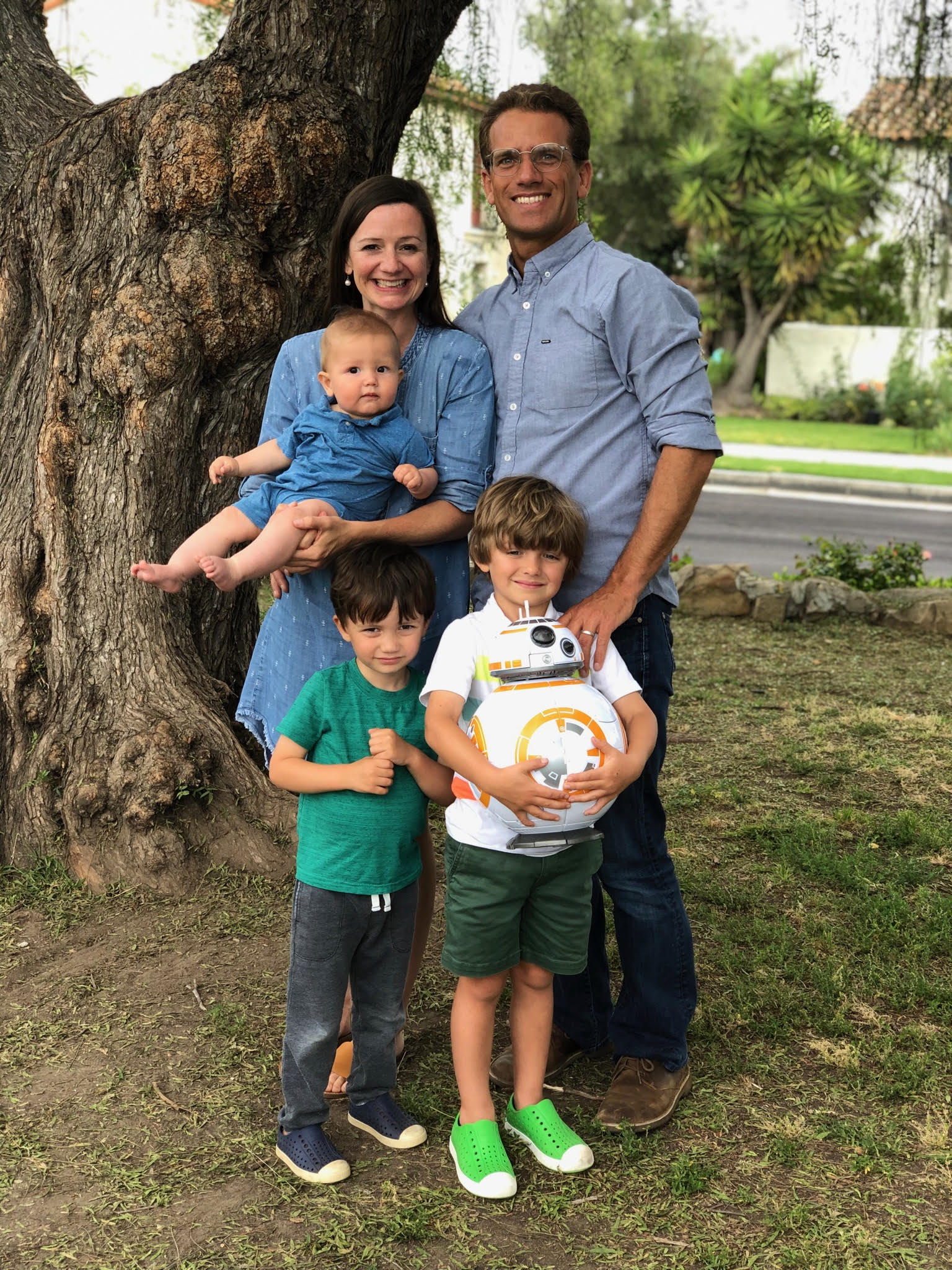 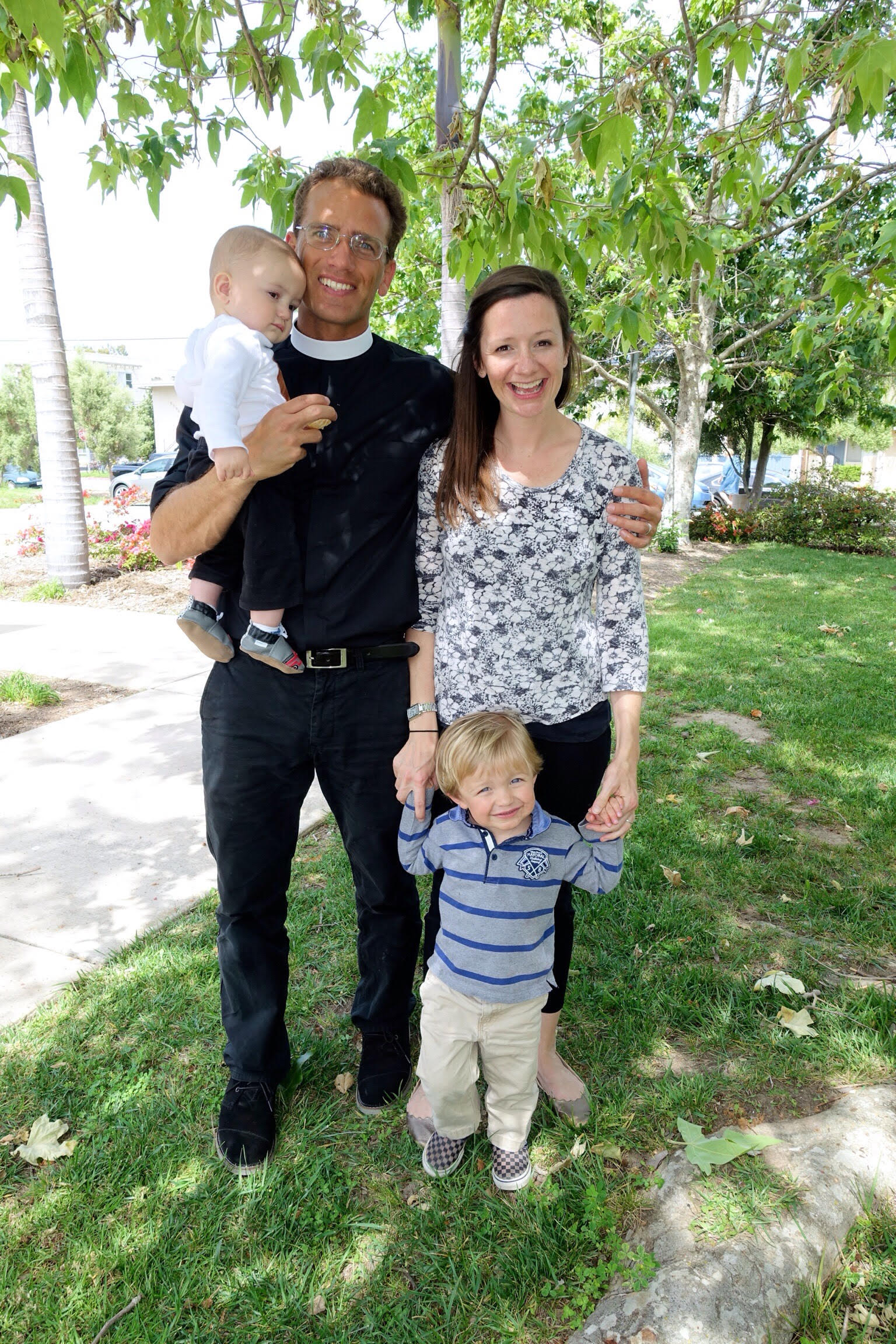 As a parish administrator and verger*, Casey oversees general administrative matters, building/grounds maintenance, and assists the vicar/chaplain in special projects and liturgies. As a campus missioner, Casey looks for opportunities to increase our engagement with students at UCSB.

Casey and his wife, Amoni, came to St. Mike's in Fall 2016, but he joined the staff in Spring 2018. His brilliant young mind has helped St. Mike's grow and reimagine the possibilities for the present future. In his spare time, Casey enjoys reading, binging various television series with Amoni, and cruising around Isla Vista on his bike (often on his way to Spudnuts).

OFFICE HOURS: Tuesday and Thursday 2-6pm and by appointment.

*The office of verger has its root in the early days of the Anglican Church. Historically, vergers were responsible for the order and upkeep of the house of worship, including the care of the church buildings, its furnishings and sacred relics. Vergers also oversaw the areas of liturgy preparation, conduct of the laity and grave-digging! Today vergers can be found in cathedrals and other large-ish churches, but their role tends to be strictly liturgical and ceremonial. While Casey won't be digging any graves (!), we hope that the title of verger helps to convey the breadth of his work/ministry portfolio at St. Mike's.

Join us as we welcome Froylan Cota Reyes to our staff. Froy is a senior comparative literature major at UCSB who will serve as one of our Cafe Picasso interns. More information about Froy is to come, but he will work with the rest of the Cafe P team to organize Sunday brunches, study jams, and food security workshops in addition to coordinating student access to the Cafe P food pantry.

Join us as we welcome Evelin Ornelas to our staff. Evelin is a student at UCSB who will serve as one of our Cafe Picasso interns. More information about Evelin is to come, but she will work with the rest of the Cafe P team to organize Sunday brunches, study jams, and food security workshops in addition to coordinating student access to the Cafe P food pantry.

Hello, my name is Soledad Sosa-Fuentes ( Sol ), my pronouns are She/Her/Hers, and I’m currently a senior majoring in Chicanx Studies and Minoring in Applied Psychology. I am a transfer student from Santa Cruz, CA and before transferring to UCSB, I completed 3 years at Cabrillo Community College where I earned my Associates degrees in Mathematics and Women’s Studies. Food justice is important to me because it means making food accessible to all regardless of income, class, status, etc. and dismantling food insecurities while also being mindful of food waste issues. A fun fact about me is that I have road tripped to New York twice! My two all time favorite foods are chicken flautas and mole poblano.

Join us as we welcome Froylan Cota Reyes to our staff. Froy is a Senior comparative literature major who will serve as one of our Cafe Picasso interns. More information about Froy is to come, but he will be helping to organize the Cafe Picasso Sunday brunches, study jams, and food security workshops as well as coordinating access to the Cafe Picasso pantry for students.

Marty grew up in the Midwest (St. Louis & Indianapolis) and graduated from Indiana University in Psychology with a Math minor. After graduating, she felt free to seek warmer climates and moved to Florida, then St. Lucia and St. Thomas. While in the islands, she enjoyed sailing, SCUBA diving and working various jobs. She moved to Santa Barbara to attend Brooks Institute and after the first year, realized it was time for serious work. She worked at the Coral Casino for 2 years which is where she started learning bookkeeping. After taking classes at night, she then went to work for a manufacturing firm. She worked over 20 years there, as bookkeeper, office manager and finally general manager. When the company was sold and relocated, she decided to pursue bookkeeping. She is happy to be part of the staff at St. Michael's. She enjoys swimming, biking and hiking in her free time. She lives in Goleta with her 2 cats and feels California is definitely home now.

You may contact Marty at [email protected]. She generally keeps office hours on Tuesday afternoons, Wednesday mornings and by appointment.

The Bishop's Advisory Committee (BAC) is a beloved group of parishioners who have been elected to help lead our congregation. Most Episcopal churches have a body known as a vestry. The basic responsibilities of the vestry are to help define and articulate the mission of the congregation, to support the church's mission by word and deed, to help select the rector, to ensure effective organization and planning, and to manage resources and finances. As a mission church, our Bishop's Advisory Committee (BAC) is comparable to a vestry. It is led by our vicar, and its members are nominated and elected each year at our annual meeting. The bishop's warden is the most senior member of the BAC besides the vicar and supports the vicar in their decision-making. The people's warden helps to support the congregation and is junior only to the bishop's warden and vicar on the BAC.

The following are current members of the BAC at St. Mike's:

the Standing Committee for Campus Ministry (SCCM) is made up of representatives from local congregations in our deanery who are interested in supporting the work we do a St. Mike's.

The following are current members of the SCCM

Thank you for contacting us!

Join area residents, faculty, staff and other students for worship in a liturgical tradition. Every Sunday morning at 10:30am we gather to hear sacred readings from the Bible, a short sermon and communion. A small choir made up of students, faculty and associates leads us in joyful song. Students serve as greeters, readers, choir members, acolytes, altar guild members and Eucharistic ministers. Our service is meditative and casual. The word Eucharist comes from a Greek word meaning "thanksgiving." Our Sunday worship service is a time for us to come together in community and give thanks for the great blessings of God in which we all share. Whoever you are, and wherever you are on your spiritual journey, you are welcome at God's table. Take some time out of your busy week to reflect, pray and deepen your spiritual life in community!